Rock and roll spans from the 1950’s to present day, having influenced and made a name for countless musicians along the way. A lot has changed, but the common thread is still passion. While you’re building up that passion, you may want to check out some easy guitar songs to get you rolling.

When it comes to guitar, be as well-versed as possible and able to pull something old or new out of your bag of tricks. Rock and roll was born out of the fires of jazz, blues, and gospel music. While Elvis Presley may be know as the King of Rock and Roll, there were a few romping and stomping evangelists and delta blues crusaders who led the way. Let’s unpack our bag of must-know rock and roll easy guitar songs and see if we can help.

Before the music we know as rock and roll, there were Holy Rollers. Tent revivals and Brush Arbor Meetings were led by Christian evangelists who put on quite a display of dance and song. Elvis got many of his moves from these folks.

Also, the swinging jazzers of the 40’s spilled over into Memphis and the Delta. Add to this the black gospel and blues soulful spice of the era and you get a crazy mix of music entertainment called rock and roll. The Mississippi Valley from Memphis to Nashville all the way down to New Orleans became a sweet spot on earth for some heavenly music.

Before Elvis, there were smoking guitarists like Charlie Christian, Django Reinhardt, Robert Johnson, Blind Willie Johnson, Son House, and a host of other legendary musicians who set the course. Here’s a few of the songs to come from their influences:

These are super easy guitar songs. The funny thing about Rock and Roll is it’s basically the same as 12 bar blues or other simple progressions, only with attitude. Take “Hound Dog,” for example. It’s a basic boogie in the key of G. Here’s the circle of chords:

You Ain’t Nothing but a hound dog, cryin’ all the time

You ain’t nothing but a hound dog, cryin’ all the time

You can see how simple it really is. You can actually substitute straight chords for the 7’s and 9’s here and play the song just fine. What’s so crazy is when you get this down, you can change songs and sing “Match Box” by Carl Perkins over the same chords. You’ll discover that, give or take a beat or chord or two, you can form a long list fast.

The “British Invasion,” as it was called, amped things up to a different level in the 1960’s. Bands like The Beatles took rock and roll to a new place. Their heavy backbeats and driving guitars changed music forever. The sound of various regions began to surface, like the West Coast scene in California where the Beach Boys and others took the new rock vibe out on the waves.

Let’s look at some easy guitar songs by these pioneers: “Hard Day’s Night,” “Help,” “I Feel Fine,” “Can’t Buy Me Love,” “Love Me Do,” “Yellow Submarine,” “Come Together,” and “Get Back.” These are all wonderfully easy songs to play on guitar from The Beatles. The solos are pretty simple too, so you can dive in and learn some really amazing guitar classics If you’re on the rock and roll journey.

The Beach Boys also gave us a twist on things with greats like “Good Vibrations,” “Surfin’ USA,” “California Girls,” and “Little Deuce Coup.” Brian Wilson and the boys really served up some tasty new melodies and beats that moved us forward. Check out some other Beach Boys songs. They are pretty easy to learn on guitar. 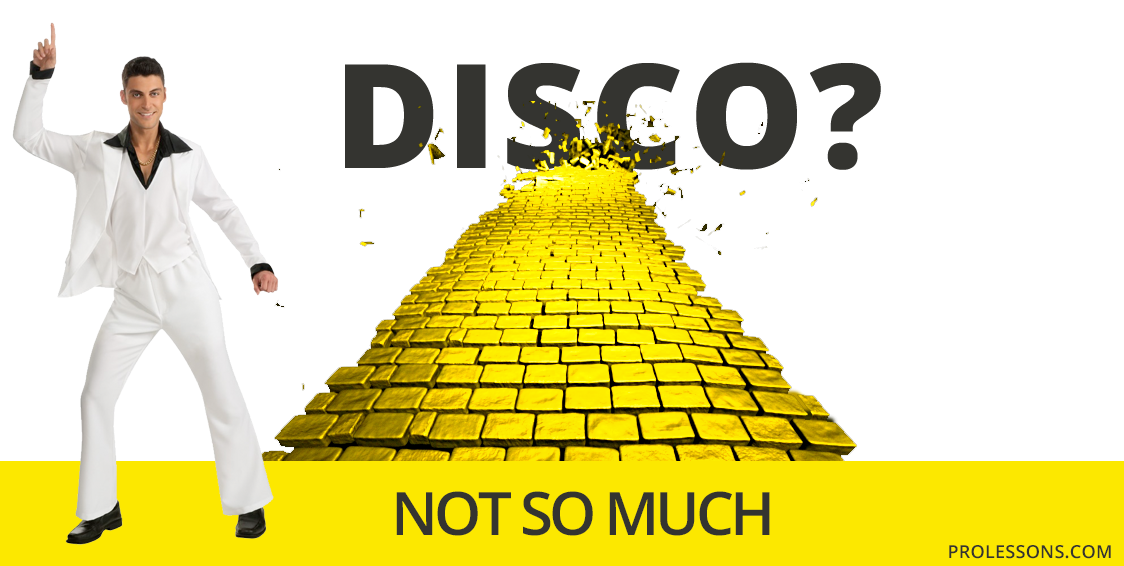 Disco? Not So Much

Most true rock followers empathize with Bob Seger’s song “Old Time Rock and Roll.” With the 1970s’ singer-songwriters and disco, the lines got drawn pretty quickly and there was a big separation between each world. Bands like Led Zeppelin, Pink Floyd, The Rolling Stones, Black Sabbath, Lynyrd Skynyrd, The Allman Brothers, and many more set a new standard for pure rockers.

Here’s a few easy guitar songs from the classics you need to know: “Smoke On the Water,” “Layla,” “Free Bird,” “Brown Sugar,” “Satisfaction,” “Paranoid,” “All Right Now,” “Rock and Roll,” “Black Dog,” and “Comfortably Numb.” Depending on where you are skill wise, most of these straight-up rock tunes are achievable with a little persistence.

The 70’s really took rock to what most of us think of as “real” rock and roll. From there, rock exploded into the 80’s and became something else. Suddenly we had everything from David Bowie to Journey and then there were the big hair glamour rock bands in spandex.

There are plenty of people who checked out in the mid-80’s and never returned musically, but the decade gave us some memorable hits too. No doubt, the band Journey stands out as one of the best rock bands ever. With tunes like “Any Way You Want It,” “Don’t Stop Believin’,” and “Wheel in the Sky,” Steve Perry and Neal Schon brought it for sure. Some of these songs can be made easy enough to play on an acoustic guitar. Give it a shot if you’re up for it.

There were other great rock bands in the 80’s too, but Poison, Guns N’ Roses, Twisted Sister, Bon Jovi, Van Halen, Def Leppard and others took rock and roll to the theater.

We love some of their classics too like: “Every Rose Has It’s Thorn,” “Knocking On Heaven’s Door,” “Wanted Dead Or Alive,” “Livin’ On A Prayer,” “You Really Got Me,” “Jump,” and lots more. With the exception of the nearly-impossible solos of Eddie Van Halen and other monster shredders, these more aggressive rock and roll anthems can be picked apart and played if you have the will. Most of them have a driving pattern as a rhythm part. You could likely do a believable job at that if you try really hard.

We’re talking easy guitar songs here, so pick your battles and win decisively. What’s hard to one is easy for another and you’ve just gotta start somewhere. Try to master a believable version of your favorite rock and roll song and build from there. No need to buy spandex or grow your hair out, though. It’s been done.

For anyone learning to play together, whether new or experienced, it always helps to have guitar lessons that can point you in the right direction. At Pro Lessons, our experienced guitar instructors are ready to teach you how to be a better guitar player. If you would like to know more about our affordable rates, click on the banner below.