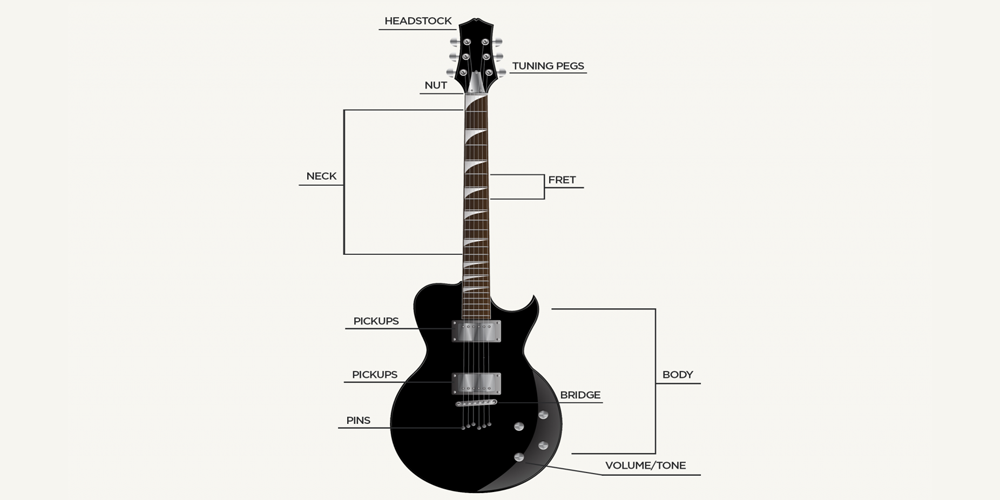 Here you will find out all you need for Electric Guitar 101 and how you can start the journey of learning this incredible instrument. If you are looking for information on guitar parts or some of the best places to get what you need check out: Where to Buy Guitar Parts: A Review of the Best Websites & Stores

Invented in 1931, the amplified electric guitar was adopted by jazz guitarists, who sought to be able to be heard in large big band ensembles. Early proponents of the electric guitar on record included Les Paul, Lonnie Johnson, Sister Rosetta Tharpe, T-Bone Walker, and Charlie Christian. During the 1950s and 1960s, the electric guitar became the most important instrument in pop music. It has evolved into an instrument that is capable of a multitude of sounds and styles. It served as a major component in the development of electric blues, rock and roll, rock music, heavy metal music and many other genres of music. More Info.

An Electric Guitar is a guitar that uses a pickup to convert the vibration of its strings into electrical impulses. The most common guitar pickup uses the principle of direct electromagnetic induction. The signal generated by an electric guitar is too weak to drive a loudspeaker, so it is amplified before sending it to a loudspeaker. Since the output of an electric guitar is an electric signal, the signal may easily be altered using electronic circuits to add "color" to the sound. Often the signal is modified using effects such as reverb and distortion.