Knowing your scales can make all the difference as a guitar player. Understanding where you are on the fret board and how to integrate what you'd like to play into what actually works is a wonderful thing. Like anything new you will need to start at the beginning which requires taking your time and taking things slow. Don't be discourage, you will make progress by learning and going over your scales. Pro Lessons is here to help, download Guitar Modes 101 to help you begin learning and get your started you on your journey. 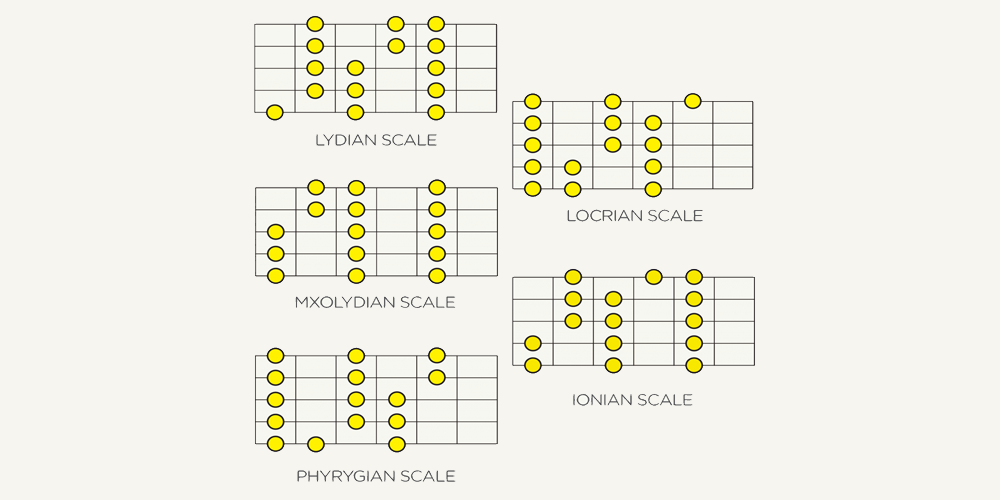 Getting started with Guitar Modes 101

How well do you know your scales or guitar modes? Let's take a look at what you need to know in getting started with guitar modes 101.

A "scale" is an ordered series of pitches that, with the key or tonic (first tone) as a reference point, defines that scale's intervals, or steps. The concept of "mode" in Western music theory has three successive stages: in Gregorian chant theory, in Renaissance polyphonic theory, and in tonal harmonic music of the common practice period. In all three contexts, "mode" incorporates the idea of the diatonic scale, but differs from it by also involving an element of melody type. This concerns particular repertories of short musical figures or groups of tones within a certain scale so that, depending on the point of view, mode takes on the meaning of either a "particularized scale" or a "generalized tune".

By the early 19th century, the word "mode" had taken on an additional meaning, in reference to the difference between major and minor keys, specified as "major mode" and "minor mode". At the same time, composers were beginning to conceive of "modality" as something outside of the major/minor system that could be used to evoke religious feelings or to suggest folk-music idioms. via wikipedia

Be sure and check out - Guitar Scales: The Top Five You Should Know this blog article will help you on your journey to learning your scales!