Guitar Scales: The Top Five You Should Know 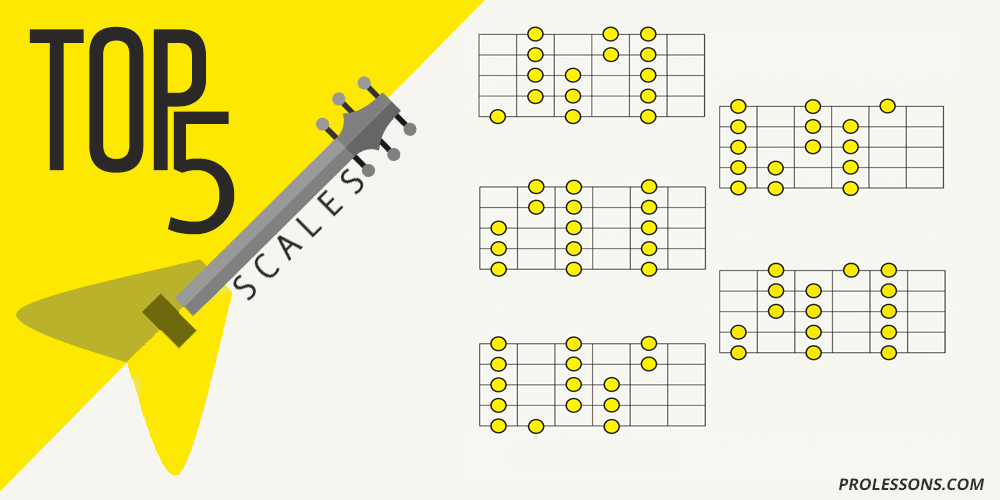 Scales are the building blocks of modern music. We get melody, harmony, and most important... shredding, face melting, Hammer of Thor solos from scales. Let’s take a look at five of the top guitar scales.

Master these, and you will be able to solo over any progression in modern music.

As an added bonus, while you’re practicing your scales, you’re improving your technique and dexterity. We’ve provided links so you can learn a shape for each of these scales but it should be noted that there are many different shapes that accomplish the same thing.

We’ll point out the tones in each scale so you can understand each scale and how to use them.

The Minor Pentatonic Scale - 5 notes to rock and roll glory, or blues for that matter. Some of the best solos in history, everything from Jimmy Page's epic lead in "Stairway To Heaven" to the down home gritty blues of Lightnin' Hopkins, are based on this little gem of a scale.

If you only learn one scale, this is a pretty good choice:

Here’s how it works: say your band is playing in G minor. Find G on your low E string (3rd fret), put your first finger there, and play through that shape. It’s that easy, and it works for any minor key. Now get creative with it. Try string skipping or playing sequences of 3’s and 4’s. Go the extra mile and learn the lead vocal line using this shape. Most vocal melodies are based heavily around pentatonic scales. Develop your own unique approach and get fluid with it.

Trust us on this one, the minor pentatonic scale is 5 notes to glory. ;-)

So you’ve mastered the minor pentatonic scale and you’re ready to crush an epic solo in front of thousands of screaming fans. The band kicks into an epic groove, and you look over at the rhythm guitarist with zeal and confidence… what key are you in? “We’re in G major." Panic mode engaged. The confidence and zeal drain away, and you feel like that dream where you inexplicably show up at school with no clothes on. What are you going to do?

I have a solution, my friend. Behold, the MAJOR Pentatonic scale. Much like it’s minor cousin, it has only 5 notes and it is extremely useful as at least half of the songs out there are major. https://www.youtube.com/watch?v=kK0Obntdzrs .

I’ve been talking about how these scales are only 5 notes, yet clearly there are at least twice that many notes in the shapes you’re learning. Well there are 5 unique tones i.e.: C-D-E-G-A in the major pentatonic scale, but most popular shapes give you at least two octaves of those tones, i.e. C-D-E-G-A-C-D-E-G-A.

Occasionally, you will want more than five notes… Here’s the solution. A seven note scale. Even though there are only two extra notes, this scale opens up a whole new world of harmony and melody.

Here’s my favorite shape for the Major scale:

The C Major Scale has the following tones: C-D-E-F-G-A-B. Notice that we have all of the same tones as the C Major Pentatonic with the addition of F and B. Because of this, you can use both of these scales interchangeably. In one of the biggest riffs of ‘Stairway’, Jimmy blows through an epic A Minor Pentatonic riff and ends on F. This is a classic example of how these scales work together.

Pro Tip: practice flowing in and out of Major and Minor pentatonic scales to build unique solos with some harmonic depth. It should also be noted that when you looked over at your rhythm guitar player, he probably did not say “We’re in G Major”, he probably just said. “We’re in G.”

The rule of thumb is that you don’t have to specify when it’s a major chord or scale, but you do when it’s minor. Not everyone knows or follows this rule, so always default to your ear. After some practice you will be able to identify major and minor keys by ear without ever touching a guitar.

Also called the Natural Minor Scale. This scale sounds like sweet solace. A darker, melancholy sound that’s useful for everything from Heavy Metal to Flamenco, Latin, and Jazz Guitar.

Here again, we have all of the same notes as the C major scale when you start at the sixth degree. i.e., C Major C-D-E-F-G-A-B, and it’s relative minor is A Minor A-B-C-D-E-F-G (next time won’t you sing with me).

Every scale has it’s own unique color to the sound and this is an important color. Learn it well my friend, and next time you’re in a somber mood, pull this scale out and use it to paint a unique picture with depth and emotional content. Or just turn the gain to 11 and shred- 90% of shred = minor or minor pentatonic, which of course work together hand in glove, just like their major counterparts. 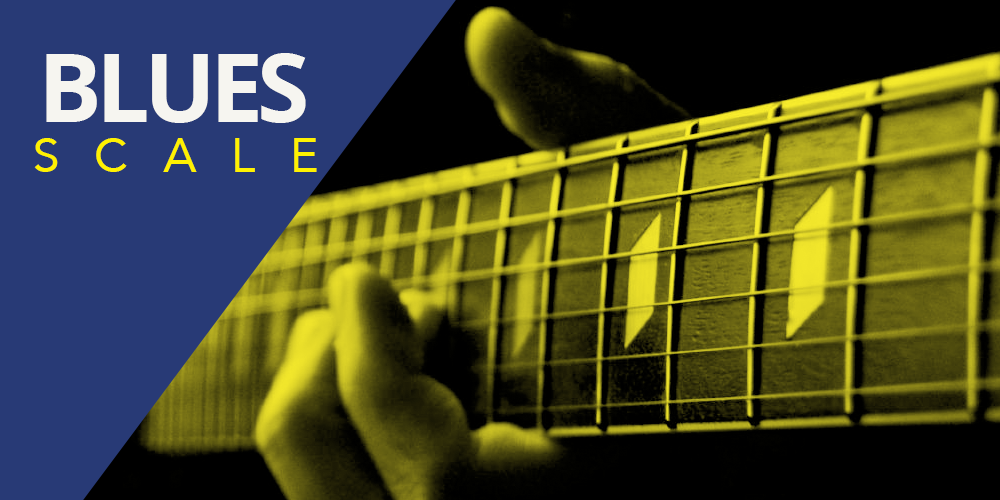 Ranked at number 5 here, but number one in many guitarists hearts, is this funky little quirk of a scale. It’s nearly identical to the minor pentatonic scale, with the addition of one note. The blues notes.

Here are the tones in the A Minor blues scale (A-C-D-E flat-E-G). This note is known as the triad or flat fifth and it has a very distinct sound. Despite it’s name, this scale is not limited to any particular genre. So many classic rock riffs are based on this scale that it could easily be known as the classic rock pentatonic. But that’s not very rock n' roll, so we’ll stick to the blues scale.

It’s also super prevalent in jazz and hard rock. But that’s about it. It’s a very distinctive sounding scale and hasn’t found it’s way into much pop or CCM… Yet, as you practice it, you’ll get familiar with the sound that it adds. Get creative with how you use that extra tone.

Pro tip: there's a lot of tension or “rub” in the sound of a flat fifth. There can be a tendency to use it as a passing tone, but some of the greats (SRV comes to mind) would sometimes hang on this note and hang there creating this awful (beautiful) ruckus that often contorts their face way beyond the stink eye… I imagine that most of these images were captured while hanging on the blues note. http://slugsolos.tumblr.com

That’s it for now, but there are a ton of other useful scales out there, including, but not limited to, The Harmonic Minor, The Jazz Minor, and all of the modes. Each one has its own distinct color and the more of them you know, the broader the scope of pictures you can paint with your solos.

While this a brief overview, at Pro Lessons we dive into these and try to unpack and show you the value of scales. For information on scales, and lessons from one of our pro’s click on the link below and start your journey to mastering the Top Five Guitar Scales to Learn On The Guitar.