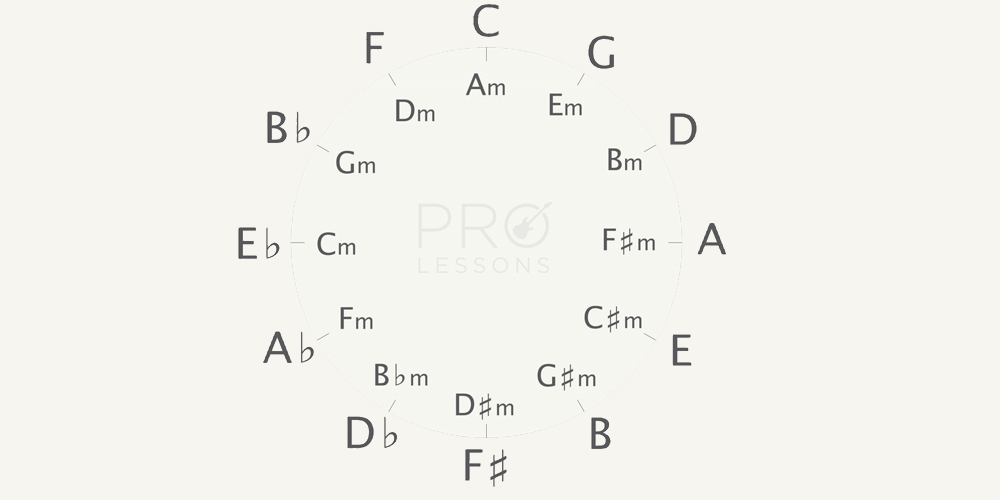 Getting started with the Circle of Fifths.

In music theory, the circle of fifths (or circle of fourths) is a visual representation of the relationships among the 12 tones of the chromatic scale, their corresponding key signatures, and the associated major and minor keys. More specifically, it is a geometrical representation of relationships among the 12 pitch classes of the chromatic scale in pitch class space.

The term 'fifth' defines an interval or mathematical ratio which is the closest and most consonant non-octave interval. The circle of fifths is a sequence of pitches or key tonalities, represented as a circle, in which the next pitch is found seven semitones higher than the last. Musicians and composers use the circle of fifths to understand and describe the musical relationships among some selection of those pitches. The circle's design is helpful in composing and harmonizing melodies, building chords, and modulating to different keys within a composition.

Starting at any pitch, ascending by the interval of an equal tempered fifth, one passes all twelve tones clockwise, to return to the beginning pitch class. To pass the twelve tones counterclockwise, it is necessary to ascend by perfect fourths, rather than fifths.