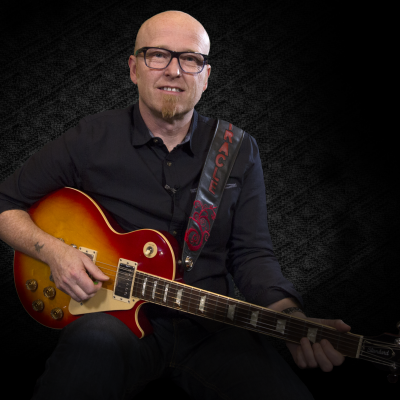 Stu G is an English vocalist, guitarist, and songwriter. He is one third of US-based Christian contemporary music band One Sonic Society, and is writing and recording as a solo artist.

He served as the lead guitarist, backing vocalist, and secondary songwriter for the rock band Delirious? from 1994 until 2009. His song writing credits for the band include "Come Like You Promise", "Metamorphis", and "Pursuit of Happiness". His most famous work is probably "Majesty (Here I Am)" (written with Delirious? lead singer Martin Smith). Stu G has also produced his own solo material, and released his first album in 1995. He is also a member of the songwriter's charity CompassionArt.

In a documentary coinciding with the Delirious? live DVD Now is the Time, Martin Smith claimed of Stu G that he "can't think of many guitarists that are better than him".