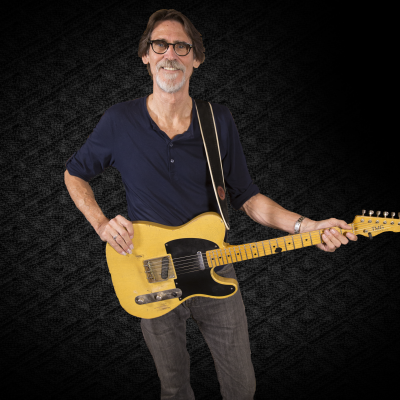 Born in California, Will McFarlane, gravitated towards music at the early age of 6 when he began taking voice lessons, adding piano just a year later.  After he was inspired by the famous Beatles performance on the Ed Sullivan show, McFarlane decided to take up guitar at the age of 12 years old. He would soon develop a taste for R&B and Motown music in high school that would allow him to focus on his rhythm guitarist skills. Raitt discovered McFarlane in a club in Massachutes. After Will parted ways with Raitt, he has played on records for Bobby Blue Band, Little Milton, Etta James and Johnnie Taylor as part of the famed Muscle Sholes Rhythm Section.  McFarlane has continued to work in secular and gospel music, both traditional and contemporary styles. He has moved back to Muscle Shoals, and plays there, as well as in Nashville, and other places around the country and world, doing sessions and live performances. He was just recently inducted into the Musician's Hall of Fame in Nashville as a friend of the Muscle Shoals Rhythm Section (The Swampers).

Meet Will
My Gear
Get Started Today