How to Make Guitar Songs Easy to Play 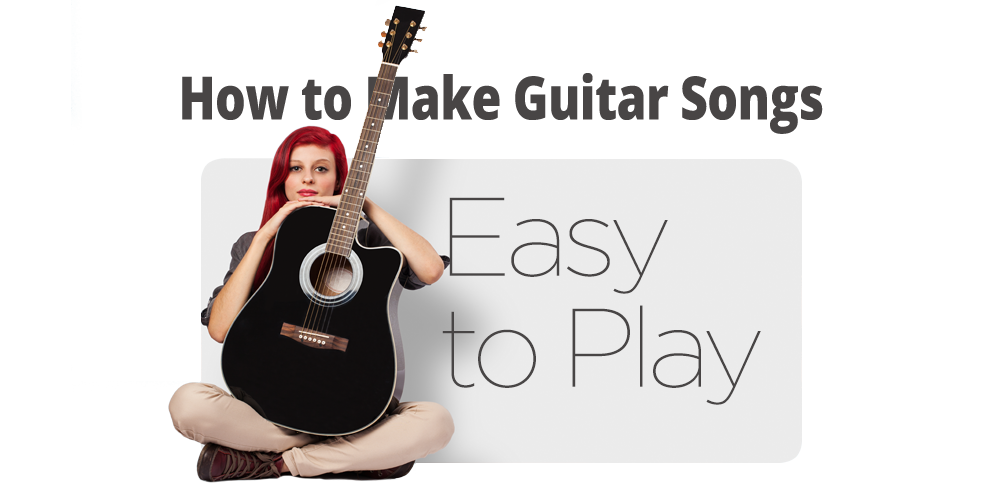 In the broad scheme of things, music is just music, right? We so often dumb songs down to make them more pop-friendly or playable. This is why the majority of popular music is four chords at best and seems to repeat the same stuff over and over. It feels redundant to musicians and even fans complain about the overemphasis on certain phrases and changes. Like it or not, it’s how they hook you in and get you singing along so you’ll download the track. Song inflictors they are. You can’t simplify some of these any more than they already are, but in some cases, there are tricky parts to songs you can modify or simplify. Let’s figure out how to make some of these guitar songs easy. 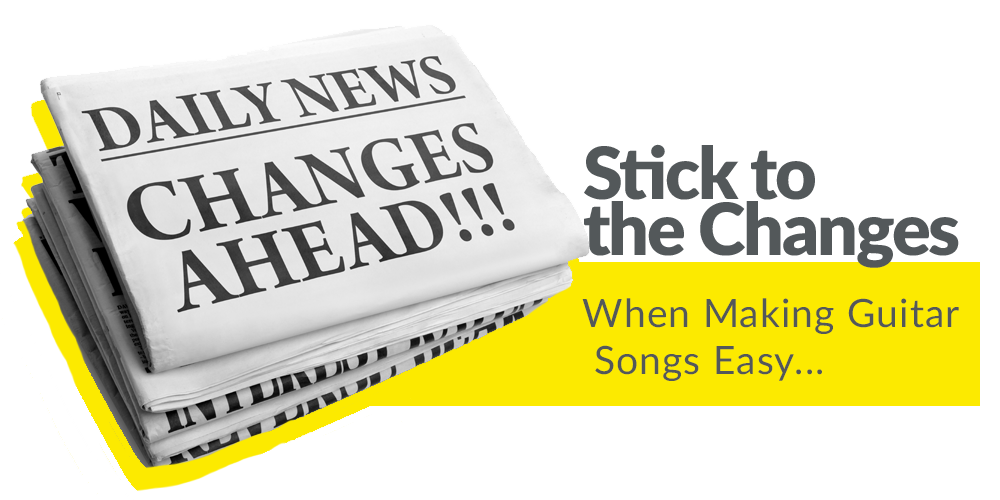 Stick to the Changes When Making Guitar Songs Easy

Take “Thinking Out Loud” by Ed Sheeran. The changes are simple, to begin with. D walking up to G and there’s that little hammer on/pull off riff in between the A and back to the D change. It really makes the song cool, but that might be hard for some folks, so you can simply leave it out and just strum the chords. No one’s gonna judge you for that. But “Smoke On The Water” by Deep Purple, that song wouldn’t work without the signature riff because that’s the whole point in playing the song. So it really depends on the importance of the thing you'd like to leave out or modify. Keep working on those difficult songs and just perform the ones you’re really good at until your skills have caught up to the difficult songs.

When You Can’t Reach That Chord

Kari Jobe’s “Holy Spirit” is done in different keys but there’s this open string stuff the guitarist is doing with a C-shaped chord that is tricky when you have to move your bass notes around. So the most logical way to simplify this beautiful worship song is to just play a basic D chord, G chord, and Emi instead. The song plays and sounds just as sweet and the average person doesn’t mind the simple easy changes. It’s just as effect in the simple form. That’s the idea here. You want the song to sound recognizable even in its simple form. That doesn’t mean you’re off the hook from learning the original way. Stretch yourself and work on it till you can do it without making the guitar songs easy.

The Speed Is Slowing Me Down

There are some tunes that you might shy away from because of all the riffing that’s going on. One example of that is “Sweet How Alabama” by Lynyrd Skynyrd. First, remember there’s at least three guitar parts going on in this song. It’s basically D, C, and G over and over. It’s the riffs that make it fun, but they’re tucked in between the chord changes very swiftly. Maybe you can’t play the pull offs and hammer ons fast enough. No worries, either focus on a couple of the licks that are doable or just leave them out altogether and strum the chords over and over. Sing your heart out and somebody might just join in. Not everyone can play the song lick for lick on one guitar, so don’t beat yourself up too much. Just do your version of it and have fun.

I’m Just Not That Funky

“Till The Whole World Hears” by Casting Crowns has this wonderful guitar riff that threads throughout the tune. First, it’s played with two guitarists. Also, the guitars are tuned down. The riff itself has a cool syncopated rhythm that might give some of you fits. You can simplify it by playing the notes within the rhythm until you can strum and do it at the same time. Just play the melody.

If you’re not familiar with tuning down a whole or half step or if that’s an issue, just play it in standard tuning. It’ll match close enough and at the end of the day. Folks will sing along and think you’re doing a great job. “Long Train Running” by the Doobie Brothers is a lot like this too. It’s hard to imagine playing it any other way, but you can strum out a straighter pattern and have fun making these guitar songs easy.

Playing and Singing At the Same Time

If you’re just getting started, you may find that playing guitar and singing at the same time is a challenge. You can’t seem to sing the rhythm of the lyric right against the strumming pattern. Lots of people have problems with this. Don’t get discouraged. There’s no need to over sub-divide the strums.

What we mean is, instead of strumming 16th notes like the song may require, you should just strum simple 8th notes all with down strokes, or even 1/4 notes if necessary. Once you can do that, you’ll likely find it easier to upstroke and add the fancy stuff. Take “Fly Away” by Lenny Kravitz. It has a funky rhythm, but you can just strum 8th notes throughout and sound accurate enough until you can play the groovy version.

There are other subtle things, like substituting easier chords, to make guitar songs easy. For example, Emi is a relative to G Major. If you’re just starting out, stay on G and skip the Emi change until you improve as a player. Ami is relative to C and there are others that can be substituted. The main thing is to sing along and do your best. If the chord fits, even though it might not be the right chord, that’s ok. We’re all growing here.

One day, you won’t have to survive by making guitar songs easy. Until then, do what you can to continue learning. We want you to succeed. The only thing stopping you from being a great guitarist is time and focus. If you’re too busy, redo your schedule and let something go. Turn off the cell phone or video games and get away with your guitar. You won’t be disappointed with the payoff.

If you’re learning how to play guitar for the first time or you’re more experienced and want to become better, the experts at Pro Lessons may be able to help. Our guitar instructors have made a living out on the road playing some of the songs you listen to every day. Check out our affordable rates by clicking on the link below and see how you can become our next student.