3 Problems to Avoid When Learning to Play Guitar 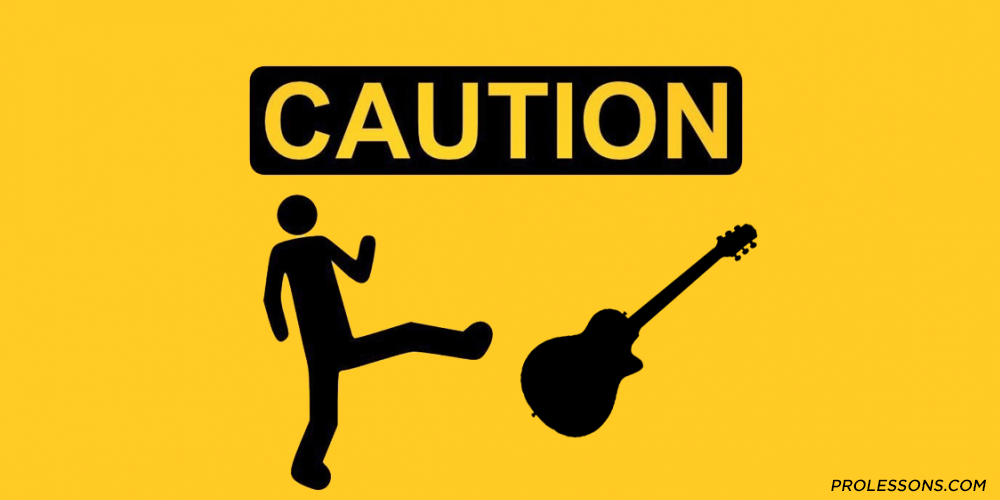 Starting a new hobby can be hard for anyone. How do I get plugged in? Am I doing this right? Where can I go if I have questions?

It’s only natural to feel hesitant about adding a new activity to your routine.

When that new activity is learning to play guitar, you’re going to need to know how to hold your guitar, how to tune it, and other important information. Assuming you’ve got your basic technique down, here are three other problems you should avoid.

No matter what your passion is, it’s easy to blame trivial matters for a lack of success. An outfielder who fails to catch a fly ball says, “The sun was in my eyes.” When you go bowling with friends and come in last, you might be inclined to blame your performance on the rental shoes. These kinds of excuses are pretty popular with sports, but they translate to any measurable task in our lives.

As a beginner guitar player, it can be easy to look at the musicians on stage at the Grammys and complain about your own situation. You might be tempted to say, “If I had that guitar, I’d be at the Grammys too!”

The truth is that no guitarist has ever made it to fame and fortune because of how cool their amp is. Hard work and hundreds (even thousands) of hours of practice are what separate the guys who win awards from the ones who are still strumming the same three chords after five years.

How important is equipment when learning to play guitar?

It would be a terrible injustice to say that every guitar or amp is the same. There are some instruments out there that would sound cheap even in the hands of an advanced guitar player. Once you’ve found a suitable guitar, however, it’s time to throw excuses out the window and get to learning. 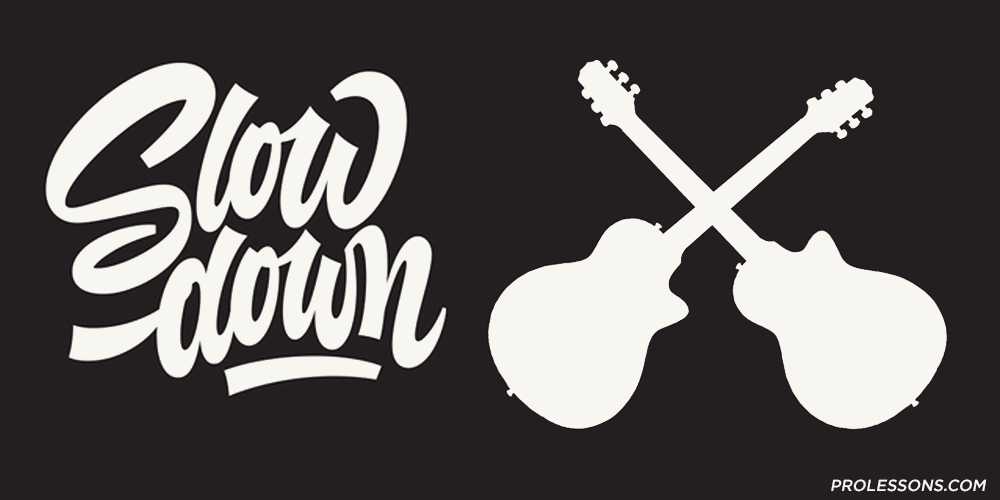 Anyone who has ever picked up a guitar has thought about what it would be like to play in front of thousands of fans in a sold-out arena. You can’t help it. It’s kind of like how everyone has stood in front of a bathroom mirror using a comb as a microphone and given an acceptance speech to their awards show of choice (no, you’re not the only one).

There’s nothing wrong with daydreaming about future success. What you have to remember when learning to play guitar, though, is that you will not experience that kind of success overnight. It takes years of dedication and practice to truly master an instrument.

The best way to learn to play guitar is to slowly, but purposefully, educate and challenge yourself. Don’t worry about barre chords if you haven’t figured out alternate picking. Learning “Free Bird” can wait until after you’ve mastered timing and rhythm.

If you rush the process of learning guitar, your abilities are going to be hindered by a weak foundation of impatience and growing dissatisfaction. Like most good things in life, becoming a better guitar player takes time and planning. A healthy dose of ambition and practice will go a long way in bringing you closer to accepting that award for real.

3. Getting Too Comfortable in “Beginner” Mode

While it’s important to take things slowly and not haphazardly run through guitar lessons like levels of Rock Band, you also have to know when it’s time to move on in your music education.

If you’ve seen the movie “Rocky” or have at least an average understanding of film history, you’ll remember the iconic scene where Sylvester Stallone is going out for his morning run through the streets of Philadelphia. At the end of this run, he bounces up the 72 steps leading to the Philadelphia Museum of Art while Bill Conti’s “Gonna Fly Now” plays in the background. Upon reaching the top of the steps he runs in place and lifts his arms into the air in victory.

Could you imagine if that were the climax of the film? Not small-time boxer Rocky taking on the great Apollo Creed, but simply a man running up some steps like it’s a big deal? That would make for a terrible film.

The point of this analogy is that small goals can be an important motivator for the end results that you’re seeking, but you can’t take your eyes off the bigger picture.

Let’s say you’ve mastered a dozen or two chords, you know how to keep rhythm, and you’re making time for practice whenever you can. That’s great, but you’ve got to keep challenging yourself.

There’s nothing wrong with celebrating small victories. In fact, it will make the journey of learning guitar that much more meaningful if you do. At some point, though, you’re going to have to realize you’ve mastered a task and move on to something more difficult.

Don’t be too scared to go a few rounds with Apollo Creed.

Maybe you’ve just started learning guitar and you’re not sure what kind of lessons you want to take. Or you’ve been surfing YouTube guitar tutorials for months and you’re not seeing the progress you’d like to see.

At Pro Lessons, we have online guitar lessons for musicians of every skill level at a very affordable rate. If you’d like to learn from professional touring guitarists or want to know more about our lesson plan, click on the link below.