Circle Of Fifths for Guitar: An Overview & Explanation 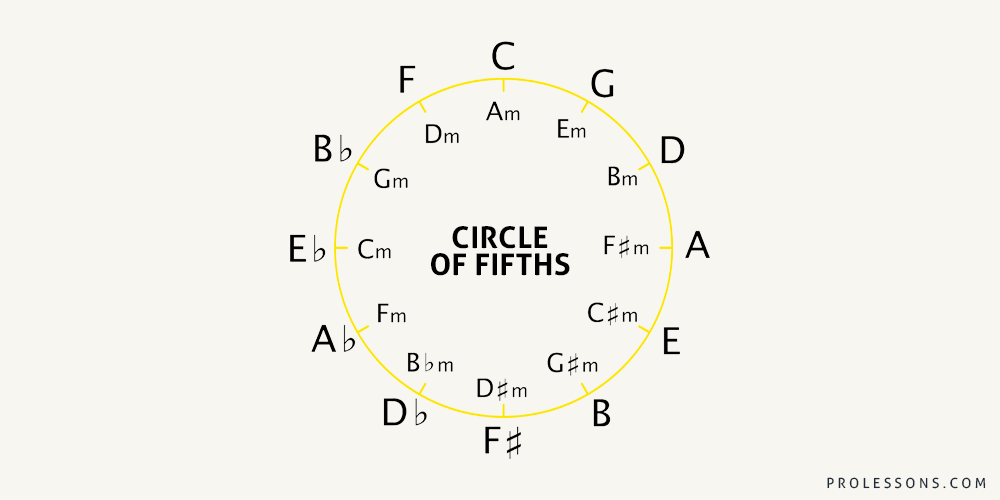 The circle of fifths is an important concept to grasp. We're here to demystify it for you. It's one of the fundamental concepts of music theory, and you can actually apply the knowledge you gain here to help you become a better musician.

If you Google the Circle of Fifths, you get some suspicious looking pictures and a bunch of technical jargon. We're going to break it down for you because it's a very easy concept to grasp when explained properly. We'll approach this in five simple steps to understand the Circle of Fifths and, more importantly, apply it to your guitar.

This is the first step to understanding the Circle of Fifths. There are 7 notes in the major scale. You know, Do-Re-Mi-Fa-So-La-Ti. Let's look at what the actual notes are in C. C-D-E-F-G-A-B. That's all that a C Major Scale is. No matter what instrument you play it on, you're just playing those notes. G is the Fifth of C... You just count 'em. It's that simple to find the number of any note in the scale. E is the third, B is the seventh... C is the root, or tonic of your scale. So don't call it the first or the band kids will laugh at you.

A lot of guitarists look at their instrument as frets and strings rather than notes. To become a well rounded player, it is important to know where your notes are on the fretboard. This will open up a whole new world for solos and cool chord voices all over the fretboard. Here's a great exercise that will help you learn your notes on the fretboard:

Now that you understand what a fifth is, let's take a look at how it lays on your fretboard. I want you to go to the 8th fret of your low E string. That is a C. Now play this major scale shape. [picture of shape provided in email]. What you just played is two octaves of the C major scale. or C-D-E-F-G-A-B-C-D-E-F-G-A-B-C. Octave means 8th, which is the same as your root, just 8 scale tones higher.

Okay, now it's time to go to the fifth. This time, play only 5 notes up the same C major Scale. C-D-E-F-G stop. That's it. Hit that G again. G is the root of the next scale that we're going to play. Go down to the 3rd fret of your Low E string and play the exact same scale shape. When you do that, you are playing these notes G-A-B-C-D-E-F#-G-A-B-C-D-E-F#-G... This is just one of the ways that guitar is superior to all other instruments. You can play the same exact shape and get different notes. I'll explain that in more detail later, but for now, let's play a few more scales. 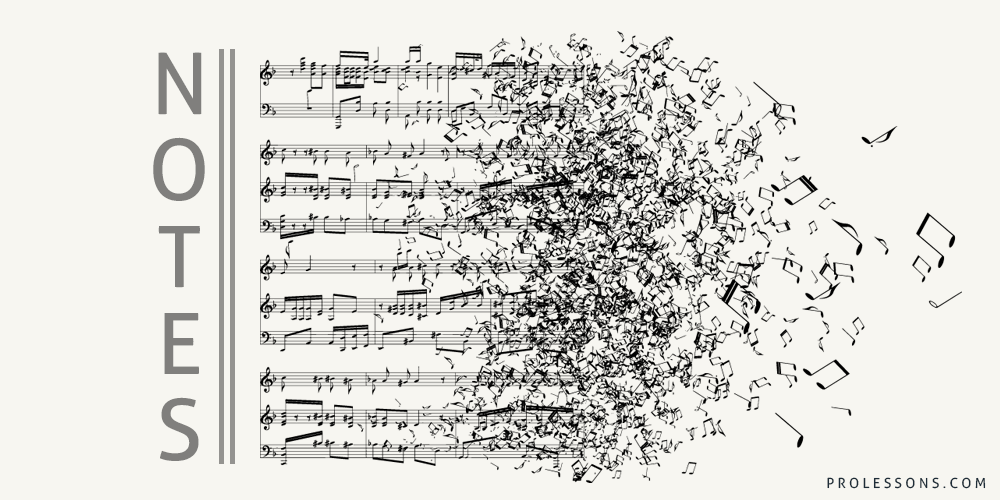 3. Understand How The Notes Are Changing

Every time you go to the fifth of a scale, you are adding a sharp. That's one of the beautiful things about the Circle of Fifths. You add a sharp each time you proceed to the next scale until you have all of the sharps that are possible. The Notes B and E do not have sharps...or do they? I'll explain later. Let's look at the next few scales in the Circle of Fifths.

The fifth of D is A

Go to your 5th fret on the low E string and play an A major scale.

The fifth of B is F# but here's where we run into trouble. Remember B and E don't really have sharps. However we're going to call F an E# for this one scale, in order to maintain one of each note in each scale. This is why no one plays in F# it's just a little confusing. Anyways. Same shape for us. Go to the 2nd fret to play our final sharp scale:

Side note: This scale can also be called G flat but you wind up with an unnatural flat. It has the same notes as the F#, just different names.

4. Getting Into The Flat Scales

Db is the 9th fret of your Low E string. As you play through the major scale, these are your notes: Db-Eb-F-Gb-Ab-Bb-C. Yes!!! We just eliminated the Cb. Now we're back to calling things what they are. We will eliminate one flat every time we progress through the cycle of fifths. The Fifth of Db is Ab.

Go to your fourth fret and play the Ab major scale, the notes are: Ab-Bb-C-Db-Eb-F-G.

And the fifth of F is C. Boom. It is finished.

5. Overview Of The Circle Of Fifths

Let's take a look back at what we did. Starting at C, we played through all 12 major scales in this order: C, G, D, A, E. B, Gb (or F#), Db, Ab, Eb, Bb, F. C had no sharps or flats, G has one sharp, D has two, and so on until you get to the enharmonic scale, Gb, which has 6 flats. From there, you subtract a flat every time you progress through the scale until you're left with none and you're back at C.

Hopefully, by now, you have a firm grasp on the Circle of Fifths. It's really a cool thing to implement into your practice routine. Every time you learn a new scale shape you can play it in all 12 keys just by running it through the circle of fifths. It's a great way to master your entire fretboard and remove all limitations from your playing. A fantastic way to learn all of the notes on your fretboard by name is to play through the notes in the circle of fifths on every string. There are literally hundreds of ways you can use this knowledge now that you understand the concept. As an added bonus, those Google images and confusing wiki definitions should make perfect sense now.

For a great resource on the Circle Of Fifths click here. At Pro Lessons this is just one thing that we will help you understand. Click below to find a wealth of information from the best guitarists in the business. Learing the right way the first time is so much better than re-learning the right way later.