Music Theory: Why Should I Understand It? 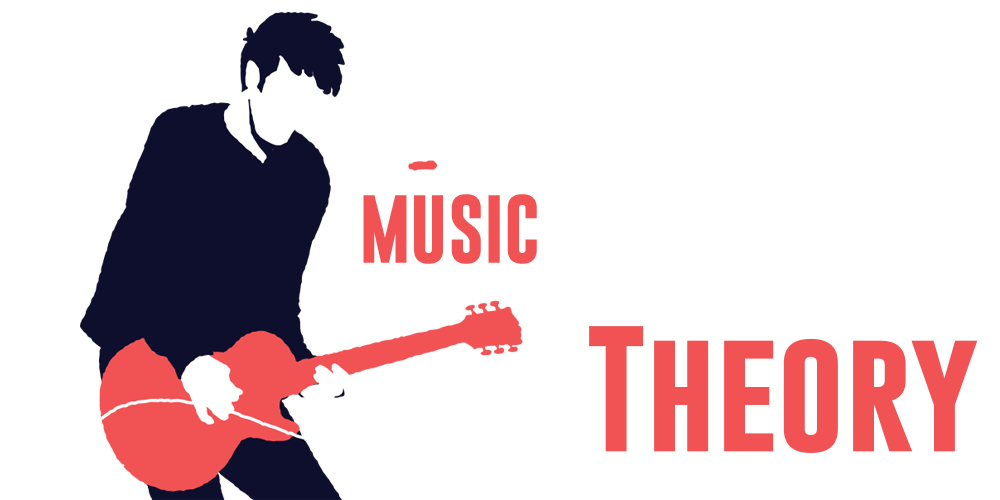 Music is music and a theory is just a theory. However, music theory is a vital part of your success if you’re going to be a serious musician. Lots of folks play amazing guitar or keys but don’t know a lick of theory. There are many successful icons who have made it to the big time without knowing any or little music theory. It’s not how much theory you know that matters, it’s how you apply it. Knowledge is very powerful and can transform a mediocre musician into a very clever artist. At the same time, too much music theory can turn a once soulful man into a sappy guitar slinger who overplays tastelessly.

The Nuts and Bolts of Music Theory

Music theory is the nuts and bolts of the masterpiece you are building or performing. It’s like the building blocks that make up the lego kit you got as a child. What you build is up to you. There are pictures of what others have done, but really it’s your imagination that counts. Yes, you want to play a song’s intro riff like the original artist played it if you’re doing cover tunes and play the piece as close as you can. When you embellish or start coloring outside the lines, however, you want to know that what you're adding to the piece is theoretically sound or else one of two things will be surmised: (1) People will think you’re abstract and very cool or (2) People will turn up their noses and shake their heads as they dismiss you as being an unserious musician. It’s either genius or honestly just garbage.

You absolutely need the basics to remain sound. A major 3rd is a major 3rd and a minor 3rd is a minor 3rd. If you’re in the key of A minor, you just simply shouldn’t play a major 3rd or C# note in the solo. If it’s a passing tone that creates tension and fits the vibe. Ok, but if it just sounds wrong, don’t use it. Tension for tension’s sake is just rebellion. It’s cool if you want to be rebellious, but you just eliminated most of your audience. If that C# note keeps you from selling 100 CDs at the festival versus the 3 CDs you might sell to three fellow rebels who get it, fine! It’s the difference of $30 and $300. Was that C# really worth $270 to you?

You should want to understand music theory simply because it’s like the parts of a weapon. If you want your weapon to perform properly at the moment it counts, you need to make sure the parts are well oiled and working properly. You don’t want a misfire. E Major has 4 sharps and the scale is E F# G# A B C# D# E. Always start by learning your major scales. If all else fails, you can fall back on the simple structure of the major scale. However, that means knowing where the sharps (#) and flats (b) fall in each key. By fall, we mean which scale degree gets the # or b. In the key of E major, the 2nd 3rd, 6th, and 7th notes of the scale have sharps. There’s only 15 key signatures if you include the three that repeat.

Start by downloading the circle of fifths or the key signatures and memorizing how many sharps and flats each of the 15 keys has. Then memorize where they fall in the eight note, or octave, scale for each key. This is a firm musical foundation from which you can adjust or manipulate the major scale to accomplish anything musically. 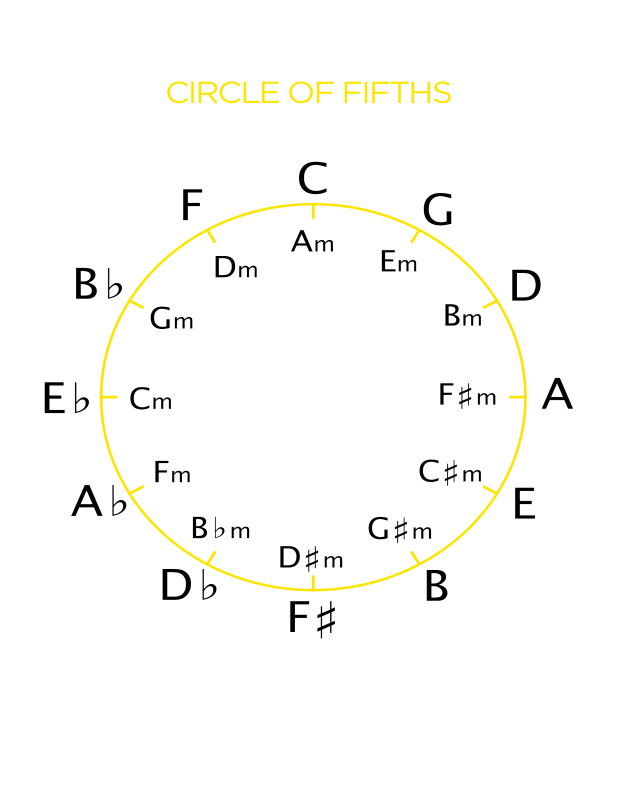 Moving the Non-Variable to Make It Fit

Let’s just take a Minor Pentatonic scale for example. The term itself gives us two important clues as to how to change the major scale to accommodate the new desired scale. “Minor” simply means the 3rd scale degree is flatted or lower a half step and “pentatonic” means five notes. Let’s take G major for example. The scale is G A B C D E F# G. To make this G scale a minor pentatonic, you simply flat the 3rd scale degree which means the B is now a Bb and you flat the 7, so the F# becomes an F. You also eliminate the 2nd scale degree and the 6th scale degree which leaves you with these five notes: G Bb C D F G. This is now your new G minor pentatonic scale. We started with a major scale with seven notes and now we’re down to five notes and our 3rd and 7th scale degrees are now flatted. You can see how not knowing this could leave you guessing. Maybe you play in the pentatonic scales all the time like so many guitarists do. However, knowing how to make the change and why really makes a difference in your sound and the way people perceive your abilities.

You probably aren’t going to be thinking about it much when it comes time to actually perform the tune. This is the stuff you study at home and get down before you ever go to rehearsal. Playing and thinking doesn’t always go well. It needs to be second nature.

Tossing It All Into The Wind

Improvisation is a very open skillset and every musician's abilities are different as well as his knowledge. Based on your understanding of theory, you can warp a solo about any way you like as long as it’s tasteful. You’ll hear a saxophonist bend the notes and guitarists can too. It’s part of what we love about blues and jazz. Bending the notes or slipping through passing tones to get to the obvious note in the scale is the beauty of being a great soloist. When you’ve learned your major, minor, minor pentatonic, blues, and even diminished scales, then you have the ingredients to make a stupendous musical dish. All the spices in and out of the major scale frame that you throw into the mix, can really make a big wonderful and tasty solo. Music theory fundamentally comes down to these ingredients.

You’re going to need certain things to make the dough rise and have the right texture. After that, it’s about the sauce and the toppings. You want some sugar in the sauce? Great! You want some spice or heat on the top? Wonderful! Music is all about flavor. You don’t have to overplay to make it tasty. It just has to sit well with the ear. You need to understand theory to be a good musical cook is all we’re saying. It’s your call, but understanding music theory is a foundational must. It’s not something you add on later. Start now and get a grip on it and it’ll change your playing forever.