Distortion Pedals: What Are They Good For? 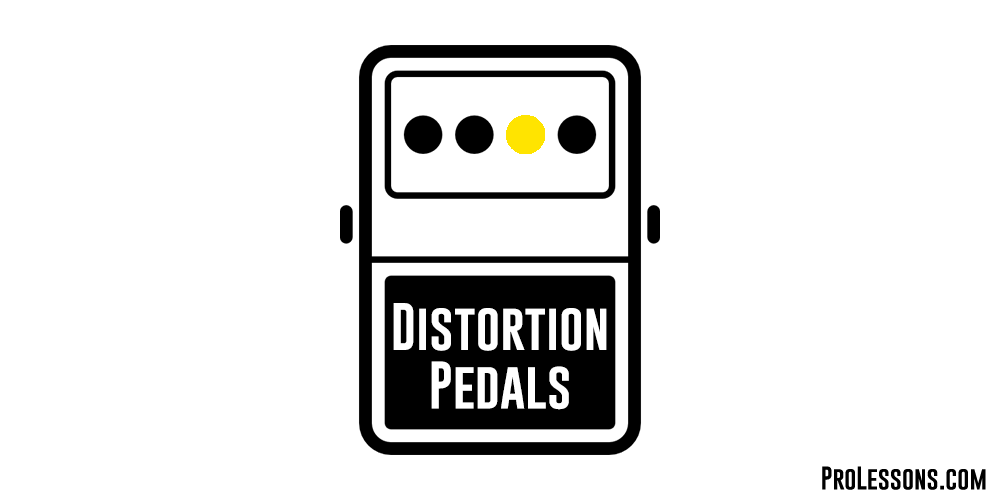 In the early days of guitars and amps, the amps themselves coupled with the right pickups in the guitar would break up just right. Some of the amps even had a pre-gain and master so the amp would really saturate the tubes. A Gibson Les Paul with humbuckers through a Marshall Blues Breaker or even an old Ampeg would produce some sweet tones. Any of the smaller amps like a Fender Deluxe would produce some sweet creamy bluesy tones and even tones good for rock n roll like the sounds of The Rolling Stones. Still, as rock music emerged there was a need for more and more distortion, or saturation, and thus the pedals began to spring up. What are distortion pedals good for? Just about everything from getting the coolest guitar tones on earth to getting you thrown out of the little baptist church you grew up in.

The early fuzz and overdrive pedals like The Clone or the Nu-Fuzz bent the ear of just about everyone. There were a few pioneers like Howlin’ Wolf and Marty Robbins who dared to overdrive their guitar and amp and record something that had shock value. Once it stuck, it was on and every rock guitarist from Keith Richards to any of the new guys like Eddie Van Halen put a distortion pedal in the line up. Amp companies like Marshall, Peavey, and even Fender began making amps that had gain stages to offer heavily distorted options. Tube amps exploded on the scene and, if coupled with the right overdrive pedal, you could melt the face off your listeners with creamy or piercing distortion. Distortion pedals took pop music from the 50’s clean fender tones to the British and American music sounds of the 60’s. Whether it was because someone turned a tube amp up too loud and recorded it that way and liked it or one of these geniuses just wired together a pedal for effect on purpose, it changed music forever.

Some pedals offer only a boost or maybe a boost with a tone option. This allows you to simply increase your volume for a solo, however many use this boost as a minor overdrive effect. If you don’t want super distorted tone, a boost may get the job done. Many companies offer a sweet little boost pedal, check out the JHS Prestige or the Xotic EP Booster pedal. The next step would be an overdrive pedal like an Ibanez Tube Screamer or Clone etc. There are tons of these babies. You can get that creamy overdrive you hear in blues songs and rock songs on lots of recordings. The RAT pedal is a sweet little familiar sound too. Then the final stage is an all out distortion pedal to melt your face off. Everything from light saturation to extreme distortion pedals like the Boss DS-1 to the MXR Fullbore Metal. There are literally hundreds if not thousands of options.

The Effect of Distortion Pedals

Whether it’s from the amp or the pedal, the effect is taking a clean sounding electric guitar and changing the waveform to a more squared wave and thus the sound of saturation. Everyone has turned the radio too loud and heard it distort. It’s pretty much the same thing except it’s become a more controlled effect today and it’s very much a staple in the music world. Don’t ask us why we like our waveforms more harsh and square. Shouldn’t we just be happy with a smooth waveform and keep it nice and clean? Rebels we are and now we have some lethal weapons to change the status quo. You can have your pick of hundreds of distortion pedals with all kinds of added features that will warp the tone even more. Distortion is here to stay so if you’re a musician in the 21st Century, you will certainly have an amp or pedal that offers you overdrive. Everything from jazz to gospel uses it. Sure, you can be an extreme purist, but the second you turn up at a gig that requires you to turn up a little louder than your amp can handle, you’ve just joined the ranks of the rebels. Try as you may, keeping your tone clean forever may turn out to be a fantasy.

Do I Need More Than One Pedal?

It really depends on your application or environment. If you’re a blues man, a simple boost pedal or tube screamer may get the job done. If you’re a metalhead, you may only need a heavy distortion pedal. If you’re on the local worship team, you may want two or three options. Clean, Overdrive, and Heavy is a safe combination on most boards. However, if you are targeting the studio scene, you’re going to want to have three or more staples on your board and maybe even a few in your bag too. Record producers will actually request certain sounds. You might be asked for something more gnarly like a RAT PRO or the producer may say, “Dude, you got one of those Clones?” A $1500 original Clone is an expensive way to distort your guitar, but if that’s the sound, it’d be sweet to say, “Yes sir! Give me sec and I’ll have it coming back at ya!” Distortion effect pedals can cost $75 or they can reach up to $1000 or more. Boutique pedals get expensive and they get banged up on pedal boards sometimes. You might want to put some affordable classics on your board and keep your boutique pedals in the bag for special occasions, or just add them on the stage later and carry them by hand.

Distortion pedals are good for getting you that sound with a little something extra on it. Whether you’re covering a U2 tone by The Edge or a Beatles classic, having the right sound is paramount. Getting the gig and keeping it can have a lot to do with your tone. Yes, it’s mostly what’s in your hands but you can’t distort your fingers, so go ahead and get yourself a couple of staple distortion pedals. If you are wondering what to start with, just grab an EP Boost, Ibanez Tube Screamer, and a MXR Fullbore Distortion. You gotta start somewhere. One at a time, find the brand you like most and the one that inspires you.

There's so much more to playing guitar than just having the right equipment, though. You still need to know how to play. With online guitar courses at Pro Lessons, you can learn from a community of experienced instructors at your own pace and for a reasonable price. Find out how you can be our next student by clicking below.